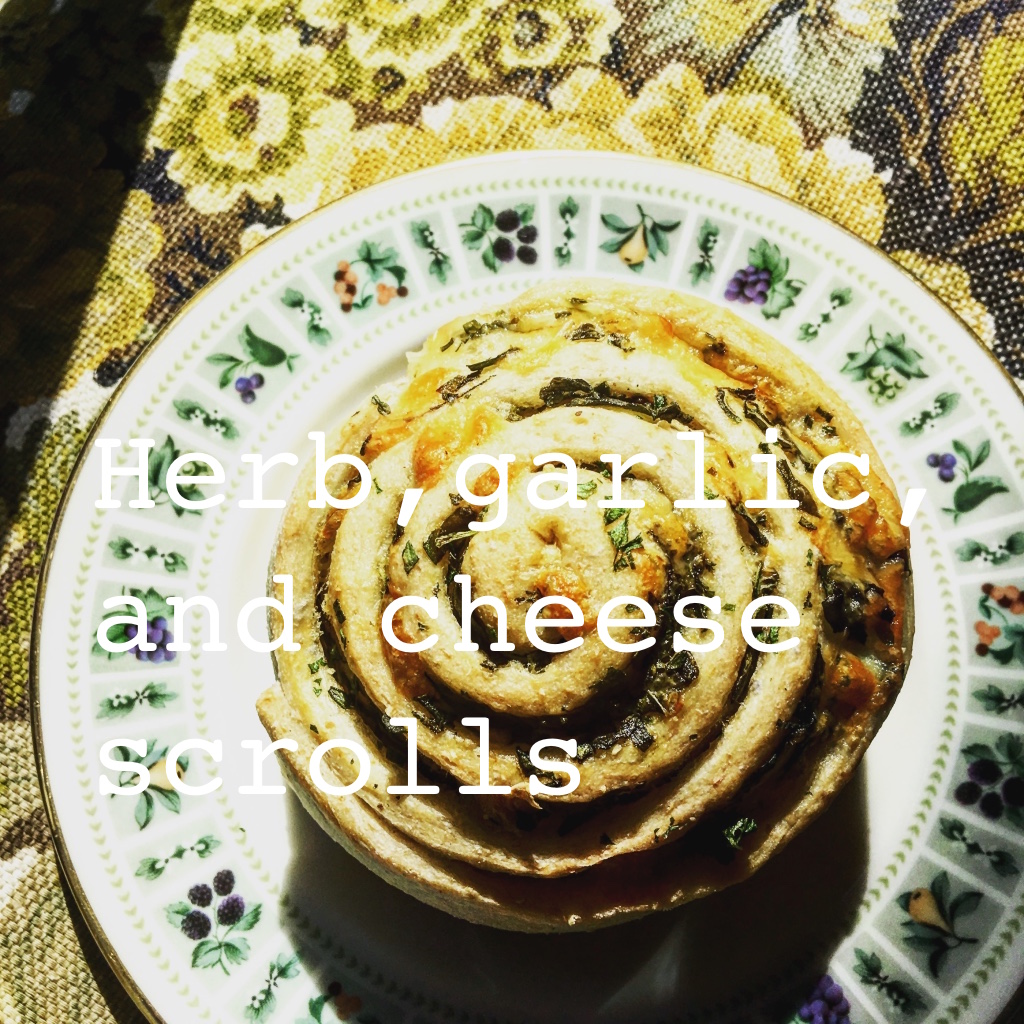 We’re in Perth for a month hanging with Andy’s mum who’s not well.  It seems like I’ve got all this extra time because she loves hanging out with my little possum, and I had planned to do all this blogging while we’re here, but we’ve been here two weeks already and this is pretty much the first time I’ve cracked the computer out.  I’m feeling very out of the rhythm of writing so I’m just going to push through, otherwise I might never blog again.

I made these a couple of weeks ago, right at the beginning of our trip when we were still functioning on Melbourne time and waking up at 5:30 or 6.  It’s so nice waking up that early if it’s not an effort and you’re actually well rested because you get so much shit done then you look at the clock and it’s only 9am.  And the morning air is so lovely.  As someone who is not at all a natural early riser I always find this to be a completely magical gift.

I’ve got plans to write a whole rambly post about yeast and the sourdough I’ve been doing back home but I don’t think that’s necessary here right now.  Is this of interest to people?  I’m always wary of putting bread stuff on here because people tend to either be really into it – so already know all they need to – or just see it as a major time investment that they can’t be arsed with.  Let me know what you reckon?

These smell like magic and will make everyone within sniffing distance come running, mouth watering.

1-4 cloves of garlic, depending on how fully garlicky your garlic is.  Follow your heart
2(ish) TBS butter or olive oil
a big wodge of mixed herbs, say, a cup? Anything that goes happily with garlic and cheese, whatever’s in the garden
Cheese – enough to spread a nice even, but thin, layer over the rolled out dough.  I used Mainland tasty and some crumbled feta

Mix the lukewarm water with the sugar (if using) in a bowl and sprinkle the yeast in. Give it a little bit of a stir to combine.  Let it sit and bloom for 10ish minutes.  If the yeast fails to activate (bloom) chuck it and start again.  You’ll know it isn’t activated if you don’t get any froth or cloudy blooms in the water – any frothing will be far less pronounced if you leave the sugar out, this is just because there’s nothing in the water for the yeast to feed on. Commercial dried yeast doesn’t often fail, I’ve only had it happen once or twice.

Put the flours and salt into a large bowl.  Make a well and pour in the yeast mixture.  Using a wooden spoon or a fork combine the the flour into the yeast mixture until the mixture is too hard to stir.  Mix any remaining flour at the bottom of the bowl into the dough using your hands and turn out onto a lightly floured bench.  Knead the dough until smooth and elastic, this should take about 10 or 15 minutes with a couple of breaks to let the dough rest for a minute or two.  Form the dough into a ball.  Pour a little olive oil into the bottom of a large bowl and turn the dough around in it so that the whole ball is covered in a layer of oil.  Cover the bowl with a damp tea towel or some cling wrap.  Put aside for 45 mins to an hour, until it has doubled in size.

Pound the garlic with a pinch of salt in a mortar and pestle until it a smooth paste, mix in butter or olive oil.  Chop the herbs fairly coarsely. Grate the cheese.

When the dough has risen turn it out onto a lightly floured bench and roll it out into a big rectangle – say 50cm by 35-40cm?  I dunno, I didn’t measure it.  When it looks right.  About 1cm thick.  Doesn’t matter if it isn’t an exact rectangle.

Pre heat the oven to 200º. Brush the garlicky butter or oil onto the dough all the way to the edges, leaving a 3cm strip along one of the short edges where it will form the outer edge of the spiral.  Sprinkle the herbs and the cheese over the dough evenly.  Roll up the dough into a log and cut it into 12 rounds.  Arrange the scrolls in a tray where they will fit closely but not touching.  You might need two trays if you haven’t got a big one.  Cover with your damp tea towel and let prove again for at least 15 mins.

Put in the oven for 20 minutes.  Try to let them cool down enough to scoff them without burning all the skin off the inside of your mouth.