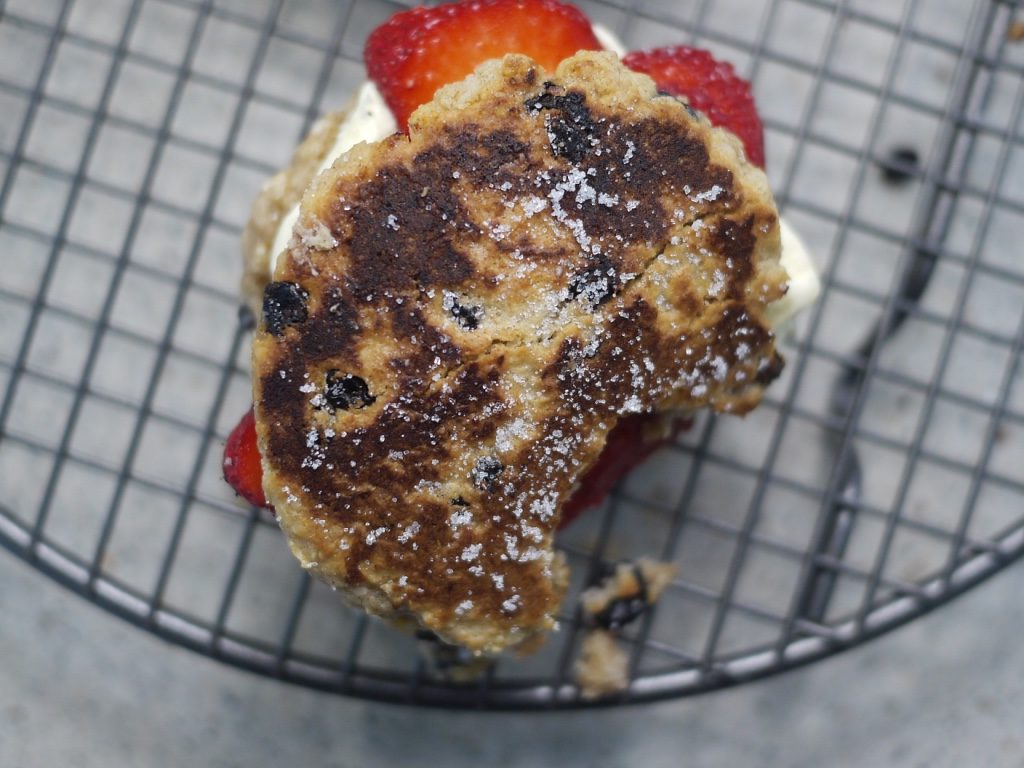 Secondly, everybody wants the recipe for the chilli-chocolate pudding Jonathan reviewed in his video.  It was going to be my next (this) blog but I unexpectedly made these Welsh cakes this week and they were just so nice that I wanted to write them up.  So, pudding next week.  Be prepared to be horrified about milk powder.

Oats in the Welsh cakes is not traditional but I was doing this as an activity with the little one and she is obsessing about rolled oats at the moment (because toddlers are weird) so we had to put some oats in.  Good thinking possum!  She’ll make a little chef of herself any second now. 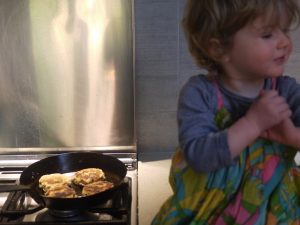 The mascarpone and strawberries are also certainly not required, I just happened to have both in fridge.  They’re really good just eaten as they are, hot, straight out of the pan, or split and filled with whatever else you like (butter, cream, jam, honey, etc)

I based this recipe on Michelle Crawford’s from her blog hugo and elsa.  You may know her from her association with Matthew Evans (and Sadie), the Fat Pig Farm crew who have that show Gourmet Farmer, the new season if which is currently on SBS – or of course as a well known food stylist and recipe writer in her own right.
Note: the addition of the oats here makes the dough quite sticky and wet, edging more towards a batter but not quite.  I used half oats and half wheat flour but to be honest next time I’d probably go for a quarter oats and three-quarters flour, so feel free to do that – or leave the oats out all together.

In a blender/food processor/what-have-you pulse the rolled oats until you have a kind of rubbly flour.  Doesn’t need to be fine like real flour, just smashed up small until it looks sort of like what oat bran looks like (is that a helpful description?  Apparently this household is just really into oats and their associated products…).

Put the oats into a bowl and sift the SR flour, salt and cinnamon over the top, add the diced butter.  Rub the butter into the the flour and oat mixture.  Usually a recipe would advise you to do this until you have something with the appearance of breadcrumbs but you won’t quite get that with the oats in here because the they absorb the butter differently to the flour.  Just aim for breadcrumbs but know that it will be a little chunkier and less even that that – this does not matter.  Or you could just pulse in it the food processor which would probably be more even.

Add the sugar, currants, lemon zest and egg and stir together until a dough starts to form.  You will probably need to a little milk, but try to just do it in say 1 tsp amounts at a time.  It wont come together like a true dough, it will be fairly friable and sticky.

Turn the mixture out onto a well floured bench and roll or pat it out to about 1-1½ cm thick.  I cut mine with an egg ring, use whatever you’ve got, or just cut it into squares with a knife.  Don’t worry if it doesn’t seem very cohesive and is sticky and awkward to cut, it cooks up beautifully.

Heat a heavy-based (preferably non-stickish) frying pan until warm then butter the pan thinly.  Cook the cakes 3 or 4 minutes a side.  Not too hot because they burn quickly.  I think I only buttered the pan the first time and didn’t bother for the subsequent batches – depends on your pan really.

Take them out of the pan and sprinkle with a little caster sugar.  Either eat them straight away as is, or let them cool a little then split them and fill with mascarpone and sliced strawberries.  Best with a cup of tea or coffee and a friend to have a chat with. 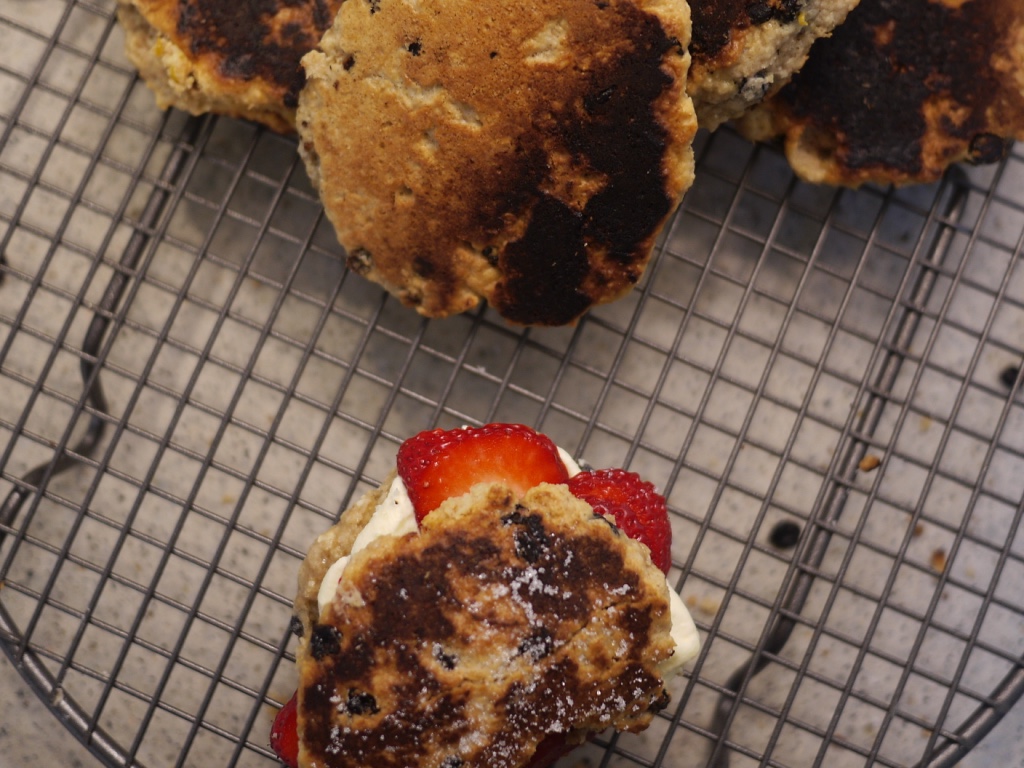